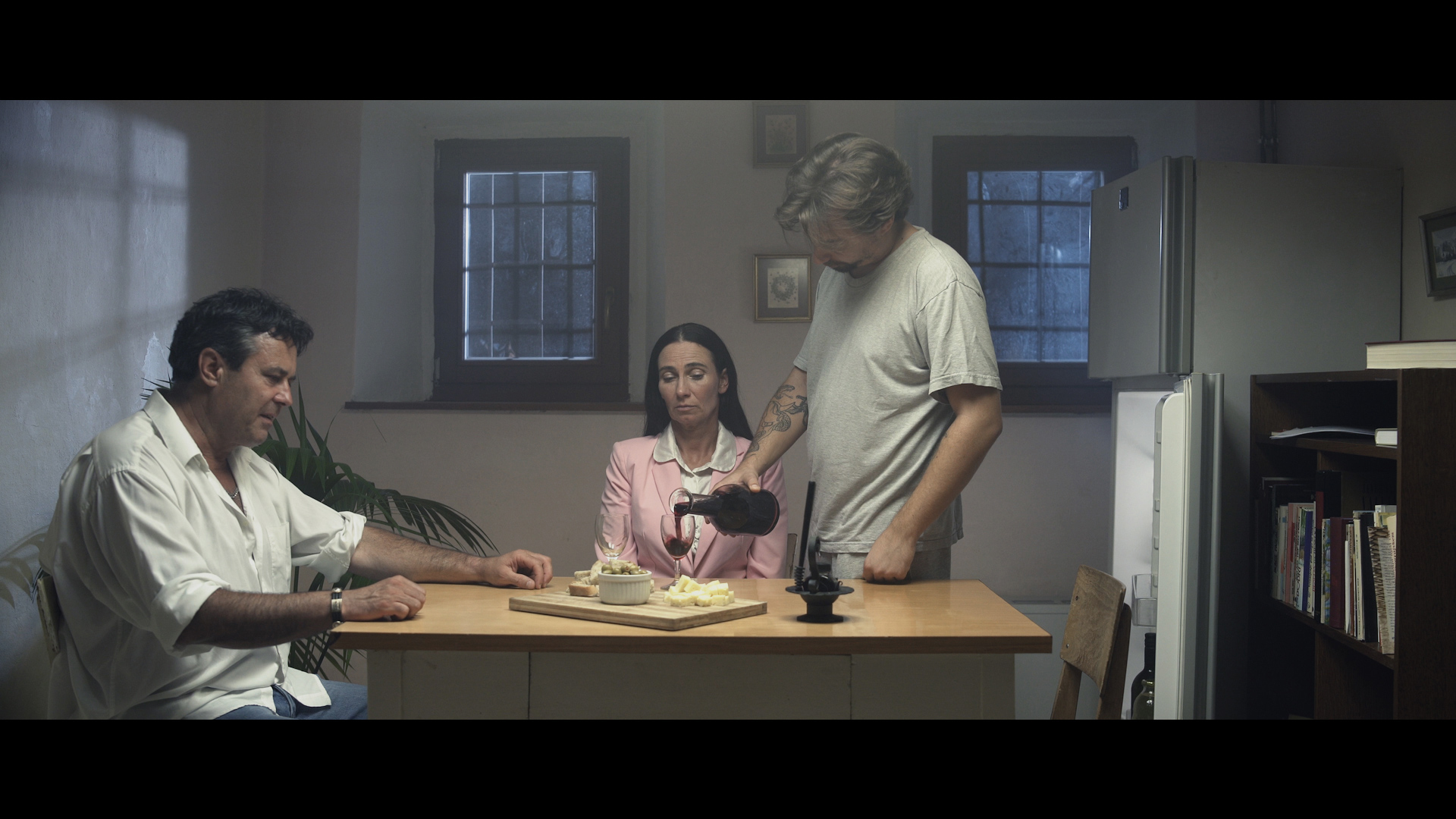 Short film Fake news is about the importance of finding the truth in journalism. A few years ago a young journalist David is faced with the bold accusation of murdering his own wife. The rumor was started by Jernej, his colleague and co-worker at the time, who wrote an article about David being a wife killer. Jernej felt threatened by the competition and fake news seemed the only way to get rid of his competition. David knows that the truth will come out only one way and that is by Jernej’s confession and he knows exactly how to get it. He invites Jernej and his wife over to his house one evening to read a script he wrote especially for this occasion. Jernej doesn’t know that script is a trap for his own confession.